← back to
Fatcat Records
Get fresh music recommendations delivered to your inbox every Friday.
We've updated our Terms of Use. You can review the changes here. 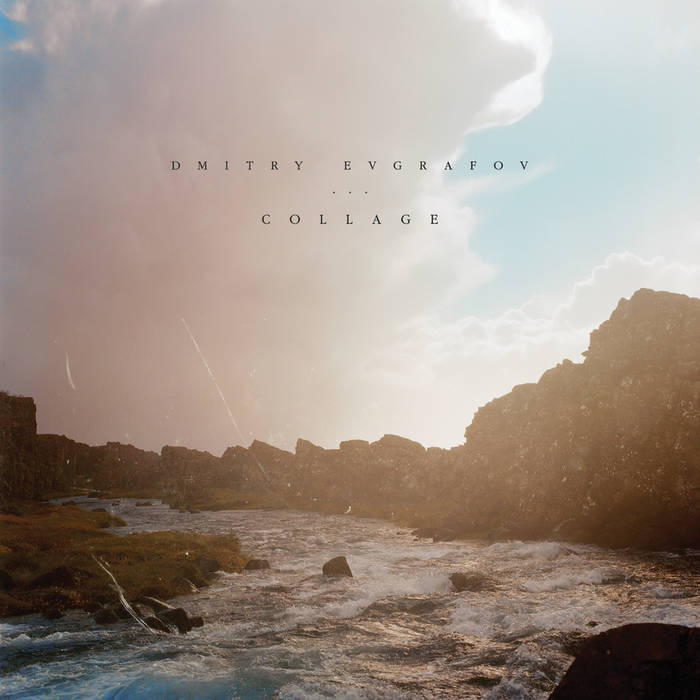 Ben A ghost enters the room. Favorite track: Like Foam.

Collage’ sees a clear shift from Dmitry’s previous releases, each of which was marked by self-imposed restrictions. His first EP, ‘Lying On Your Shoulder’, adhered to an extremely minimalistic approach, using just string trio and piano; while on ‘Pereehali’, Dmitry confined himself to a single instrument, a Petrof upright piano, and a specific recording location. Feeling somewhat unsatisfied, Dmitry decided to take a break in order to rethink his approach to composing. He began a job as a sound designer, writing bespoke music for videos, commercials, audiovisual installations and scores. Working to set briefs under stricter conditions and with less time for introspection, the experience turned out to be liberating.

“Since there is never enough time or budget to record live piano or strings for the commercial applications I was working on, I had to find substitutes, and eventually I came across some beautiful orchestral instruments I had wanted to use in my music since I started. I switched to an advanced set of virtual instruments, which make up about 90% of the sounds on the album. How well these worked was a surprise to me since I’ve always been a stickler for real piano, strings or drums and hated cheap, plastic-sounding VST. At the same time, I still find genuine tape delay effects and vintage synths from the 1980s absolutely irreplaceable, so there is a cool mix of digital and analogue sounds on the album.”

Retaining much of the feeling of ‘Pereehalli’, the first third of ‘Collage’ is piano-based - from the gently romantic ‘Sway’ to the more strident, minimalist ‘Cries and Whispers’, which recalls Hauschka with its foregrounding of creaking foot-pedals and punched keys dampened through a layer of felt. Following this opening section, the album pivots on a trio of tracks (‘Like Foam’ / ‘Fracture’ / ‘Reel’) that form the core around which everything else was built. Designed to flow seamlessly together, this sprawling section marks the emotional peak of the album and a transition to its more electronically-based second half, comprising darker, more atmospheric tracks like ‘Warm Up’, ‘Garage’ (“an ode to a Juno 106 and a Roland Space Echo”), and the sparkling suspension of ‘Regret’.

Frayle's Gwyn Strang and Sean Bilovecky join the show to talk about their cathartic new album.